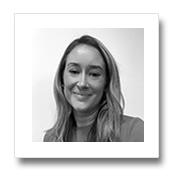 Erica grew up in Virginia Beach, Virginia. She graduated with a Bachelor’s Degree in K-12 Education from Virginia Commonwealth University.

Erica met her husband after graduation in Richmond, Virginia. James Calderon is originally from Long Island, New York. James and Erica moved to Phoenix, Arizona in 2008 to peruse new career paths and start their family.

They have two girls, Ella and Addison and two dogs, Molly and Scout.

Erica has spent almost 20 years in education in many different rolls and plans to continue when able to.